I was born and bred in Bloemfontein.  I attended Grey College.  After school, I started an apprenticeship as a Toolmaker on the railway.  After I qualified, I worked as a toolmaker for nine years then became a supervisor in the tool room.  From there I went to customer services because we had started taking private work on at the mechanical workshops.  I headed up the mechanical workshops, the foundry and the pattern shop customer services for five years.

My first recall of the church was as a three year old sitting in Sunday School listening to an old lady by the name of Marg Chambers.  My mom and dad were both very involved in the life of the church.  My dad was circuit steward for twenty three years.  Church was a second home for me which was divine.  I started Sunday School teaching in 1971.  I was confirmed in 1972 and was an unofficial and unpaid youth pastor at Wesley Methodist Church in Bloemfontein from 1971 until the year I left Bloemfontein.

At Brebner Primary School we ran a guild for two hundred plus children on Friday nights.  We rewrote the words from Kids Praise for a production called “Kids Alive” which was for children in grades 5-6.  We performed it in the Civic Theatre, Bloemfontein.  The proceeds of the play went to Brebner Primary School and they bought Christian books for their library.

I became a local preacher in 1980, which was hard sometimes, because I was a young man.  I was also a Trust Steward and Sunday School Superintendent.

I met Lynn when I was ten years old, we started dating when I was in Standard eight and we married in 1980.  We have three children who are all married and we have three grandchildren.

I became a candidate minister under Mike Cromlyn.  My first appointment was in 1998 at the age of 40 to Roodepoort at a little place called Davidsville, where I spent a year.

I was then invited to Pretoria North and spent 10 years there, of which three-and-a-half years was as Superintendent.

I was ordained in 2002 in Swaziland.  I am a practical theologian and try to apply Bible verses to everyday life.  I try to help people understand how we apply the scripture rather than ‘Thus said the Lord’.

My coming into the ministry was a miracle.  I was working on the Railway, and one Tuesday they said there were retrenchment packages available for people whose posts were becoming redundant.  I applied and they laughed at me and threw my letter into the dustbin.  Then on Thursday they phoned me and said “You finish up tomorrow.”  I was going to resign but the package was a better option.

I then joined the ministry.  My testimony is quite a rough one, thinking about how God worked.  I don’t have matric.  I am the only minister in the last 25 years who does not have matric but I do have T3.  I am not an academic and with my theology course I said to God, “if you want me to be a minister you will let me pass all my subjects”.  I passed all of my subjects!

I am very aware of my surroundings and very little slips past me.

I treat all people with respect and help them work through their problems no matter what they are.  I love humour, and part of my way of counselling and of handling stress in people’s lives, is to allow them to laugh at themselves and then we laugh together.  We can then move forward from that point.  We sometimes take ourselves so seriously that we forget to see that life is good.  I love life.

I think that my role in the church as a minister is summed up by the Women’s Auxiliary motto – “To know Christ and to make Him known” and for me the biggest question is “What is the Gospel and how does it influence the way that people work and react?”  I think we have often been caught up in the church situation, especially ministers, where we are so worried about what is going on in the church, that we forget the main purpose of the church.  So everything has to point to the Gospel of Christ, and the healing power of Christ.

As for my hobbies, I am a proud Cheetah supporter, as a DIY person I enjoy doing woodwork.  I also enjoy doing jigsaw puzzles but find it difficult to put them back in the box when they are completed.  I have mounted and framed them and some of them are in my office.  I enjoy clocks and I have a whacky one hanging in my office which runs backwards.  A new hobby I have  is growing strange plants. 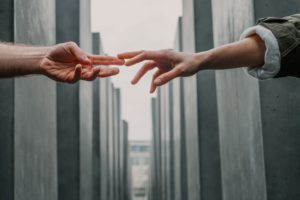